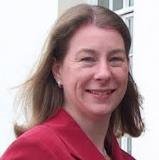 We were sad to hear of the recent death of Professor Janet Marsden, who was 57.

Janet was a member of our National Research and Ethics Advisory Panel and was also a REC member.

“Janet was Professor of Ophthalmology and Emergency Care at Manchester Metropolitan University and a member of the Ministry of Defence and Greater Manchester East research ethics committees.

“On behalf of the Health Research Authority we would like to express our condolences to her family and to acknowledge her work in support of our work at the HRA.

“Janet has made a significant contribution to patient care and the NHS through her career as a nurse, her academic teaching and her research.

“Expert volunteers like Janet help us to protect patients and the public and we would like to acknowledge her contribution in support of our work."

“The Research Ethics Service is sad to lose a dear colleague and friend.

“Janet had been a member of the service for many years and had served on numerous committees, swapping with closures and merges.

“For the last few years Janet had been the Vice Chair of the Greater Manchester East Research Ethics Committee, and it is in this capacity that I got to know Janet very well.

“Janet had a very particular style which enamoured her to all who met her, a more delightful, caring supportive colleague and friend you could not have wished to meet.

“Irrespective of your background, Janet had the skill to treat everybody equally and with great respect while imparting her vast and skilful knowledge.

“Her ability to cut to the chase with a tint of humour and a cutting edge of precision was unerring, but above all she cared.

“Janet's passing has hit the committee very hard and I can say for everyone, she will be greatly missed and that chair will be a hard one to fill.

“We will raise a glass of orange to her at our next meeting. Rest in peace Janet Marsden.”