I’m delighted to see the report published today by the National Institute for Health Research (NIHR) on the impact and value of the NIHR Clinical Research Network. The report highlights the importance of clinical research to the UK, to patients and the UK economy and jobs market. 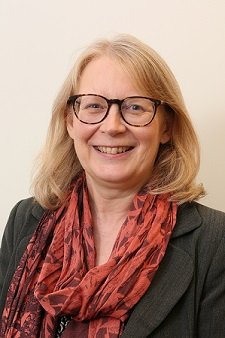 I’m particularly pleased to see the increase in the number of studies and patients recruited onto NIHR CRN supported studies from 2016/17 to 2018/18. 30% more patients were recruited to NIHR CRN supported studies in 2018/9 than in the previous year, and the NHS received a total estimated income of £355 million from delivering commercial clinical trials in the same period, along with the total estimated cost saving of £28.6 million where trial drugs were used in place of standard treatments.

We, along with our partners, aim to make the UK a great place to do health research, and we’re proud of the part we have helped to play in bringing these benefits to the UK and developing the worldwide reputation which the UK has for the quality of research conducted here.

Our core purpose is to protect and promote the interests of patients and the public in health and social care research and we are continuously developing our processes so that patients can benefit from research studies as quickly as possible.

We have worked hard to streamline clinical research since the introduction of HRA Approval in March 2016, simplifying study-set up and delivery across the four nations of the UK. We’ve worked closely with our counterparts in Scotland, Wales and Northern Ireland to make it easier to do cross-border research – which ultimately makes it more accessible to participants.

Since 2018 our templates have enabled companies to prepare a single contract to be used in England, Scotland, Wales and Northern Ireland, reducing the time previously spent preparing contracts for each of the four nations for the same study. Given today’s report’s findings on the cost benefits for the NHS in recruiting patients to commercial trials, it is vitally important that we can set these trials up as quickly and efficiently as possible.

Earlier this year we also launched the UK Local Information Pack, a consistent group of documents that can be provided by the sponsor to organisations setting up a research study. The pack includes template emails to make the process as streamlined as possible.

We’re thrilled to see the positive benefits which clinical research brings to the UK economy and the NHS, and we’re proud that our work contributes to making this possible. It will be particularly important in the coming months that organisations across the health and social care research landscape work together to continue to drive forward studies, and benefits for patients, in the UK.

Back to news & updates
Stay up to date with latest news, updates to regulations and upcoming learning events
© Copyright HRA 2022
Site by Big Blue Door

We need your feedback!