Dr Marianne Coleman is a Research Fellow at the University of Surrey. Her research investigates eyesight and changes in the brain in people with dementia, and is funded by a Primer Fellowship Award from the charity Fight for Sight.

Marianne recently submitted a project for ethics review using the HRA public involvement guidance on the Integrated Research Application System (IRAS). This guidance explains which key information to include in the IRAS form about how patients and the public are being involved in the study. The Research Ethics Committee (REC) awarded Marianne’s study a favourable ethical opinion shortly after the REC meeting and commended her on her public involvement work.

We spoke to Marianne to find out what she thinks about our public involvement guidance and how it helped her to achieve this success.

I want to understand how people with dementia see the world, to discover alternative ways to measure how dementia progresses.

To me, it was obviou 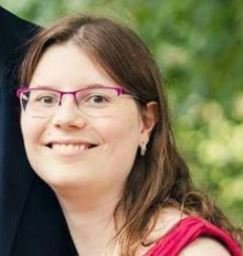 s early on that I needed to speak to people with dementia to inform how I was going to carry out this research. I also included carers to get a practical view of the challenges that exist for people with the condition and their families. Using the guidance to collect their input helped to change my research design and made it obvious to members of the REC how I had worked with patients and carers.

I hadn’t previously used the guidance on IRAS, but I found it extremely useful. The quality of the documents I produced was better from the get-go. This avoided delays in the study by reducing the need to submit amendments later on. It also made the research a lot easier for those reviewing it to understand.

The new public involvement guidance is integrated into IRAS, which is really important. Information buttons next to the questions helped to structure how I described the involvement of patients and carers in my research. The instructions are clear and they walk you through each step of the process.

The guidance also helped me to collate a list of all the input from the patients and carers I’m working with, and to explain how this had changed aspects of my study.

I used this as a template to thank volunteers and show the impact they had had, which was a nice way to feedback and keep them engaged.

How to find the guidance

I think the new guidance would be especially useful to early career researchers for whom public involvement can seem daunting, and who may not have the experience of knowing how to go about it. Writing and recording public involvement in this way would also be as useful for bigger studies as it was for smaller projects like mine.

Finally, I would say that involvement is key to good research, but it takes time. Engaging with volunteers at the earliest opportunity makes a big difference. It gives you the chance to address some fundamental aspects of an application before it gets to submission.

Even before you get to the REC, you see the benefits of the guidance on planning your application, but when you receive a positive outcome from the committee, you realise how crucial it is to have that support available. I’m very grateful to the HRA for the public involvement guidance –it’s fantastic that there are people willing to put in the time and effort to develop it for us.

This is the first of a series of blogs about the new public involvement guidance. Look out for the second blog next month where we hear from Vandra and Brian, a patient and a carer who helped to inform Marianne’s study.

Back to news & updates

Take part in testing our new website or feedback on our current site.